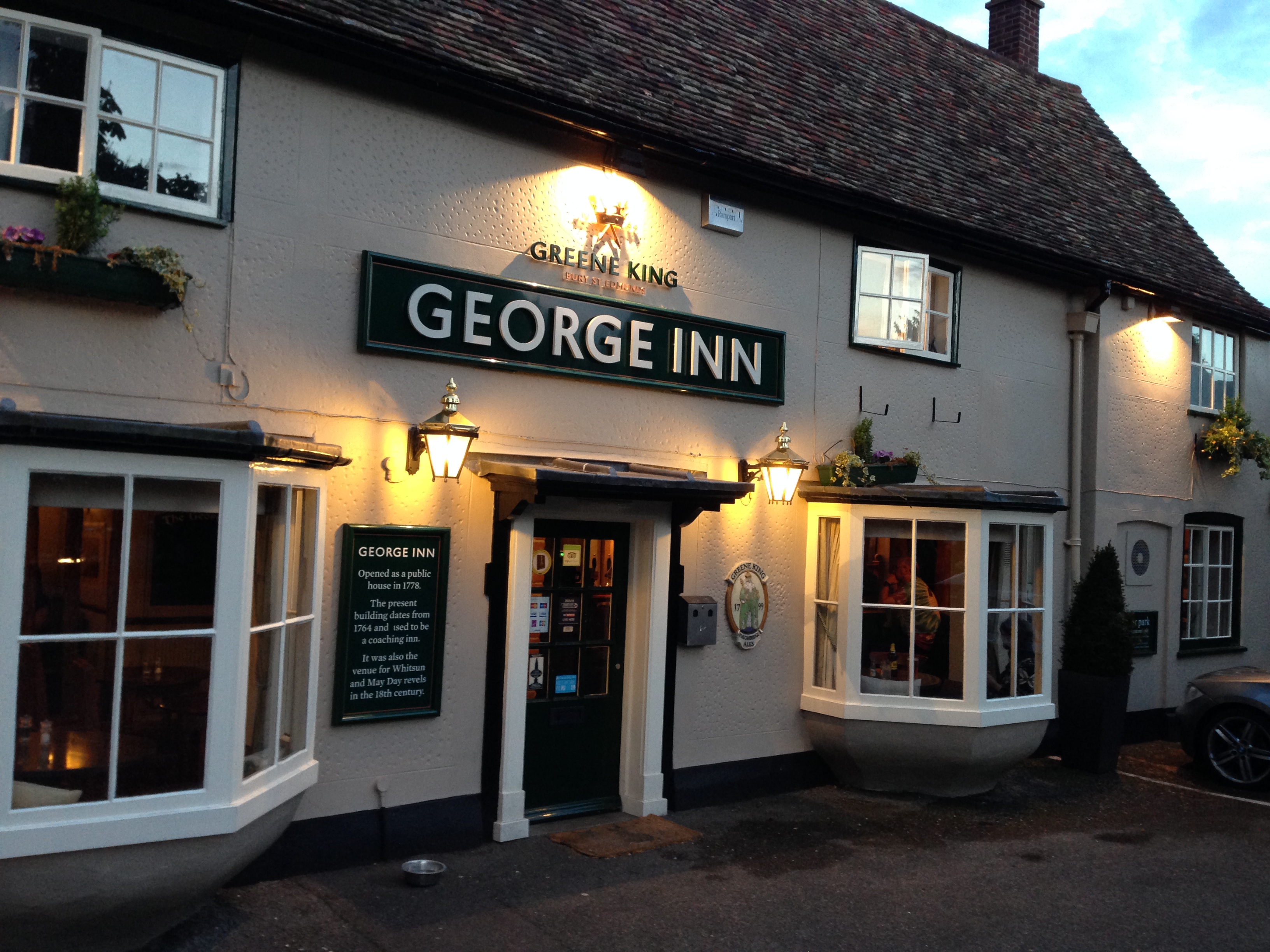 ‘The George’ as it is known locally is an 18th century coaching inn which is a pub/restaurant in the heart of the tiny Babraham village, a 15 minute drive from Cambridge city centre.

Almost completely destroyed by a fire in 2004, The George was restored and extended with and the refurbished establishment boasts an al fresco terrace to the rear. It’s mainly traditional British cuisine served here, with classics like fish and chips, beef and Guinness pie.  Being a Greene King pub, you will be able to enjoy IPA, Old Speckled Hen and Abbot Ale.

There is ample parking at The George out the front and to the side.  Plus overflow onto the High Street.

Trivia: An episode of BBC’s Top Gear was in part filmed in the parking lot of The George Inn in 2008’s Alfa Romeo Challenge.