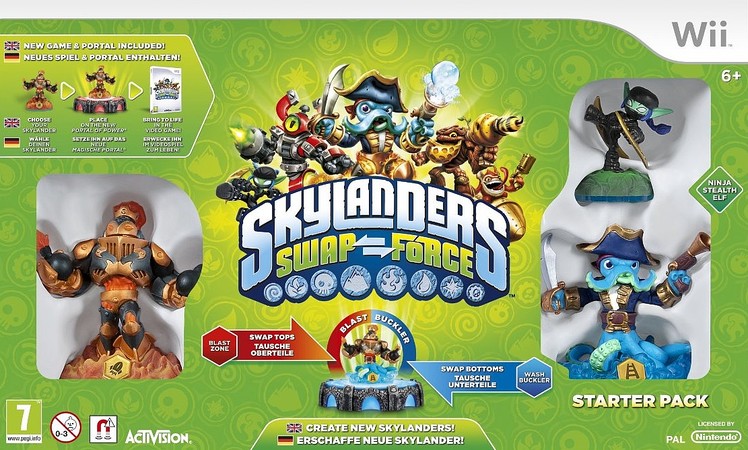 This is the 3rd series and a new adventure with the Skylanders and the Swap Force. Battle Kaos once again in an epic battle to save Skylands.

The Skylanders Swap Force Starter Pack includes the game, Portal of Power, character which have the ability to mix and match their abilities and powers.

The figures can be separated and snapped together in new combinations.

This game is suitable for young children aged above 7.