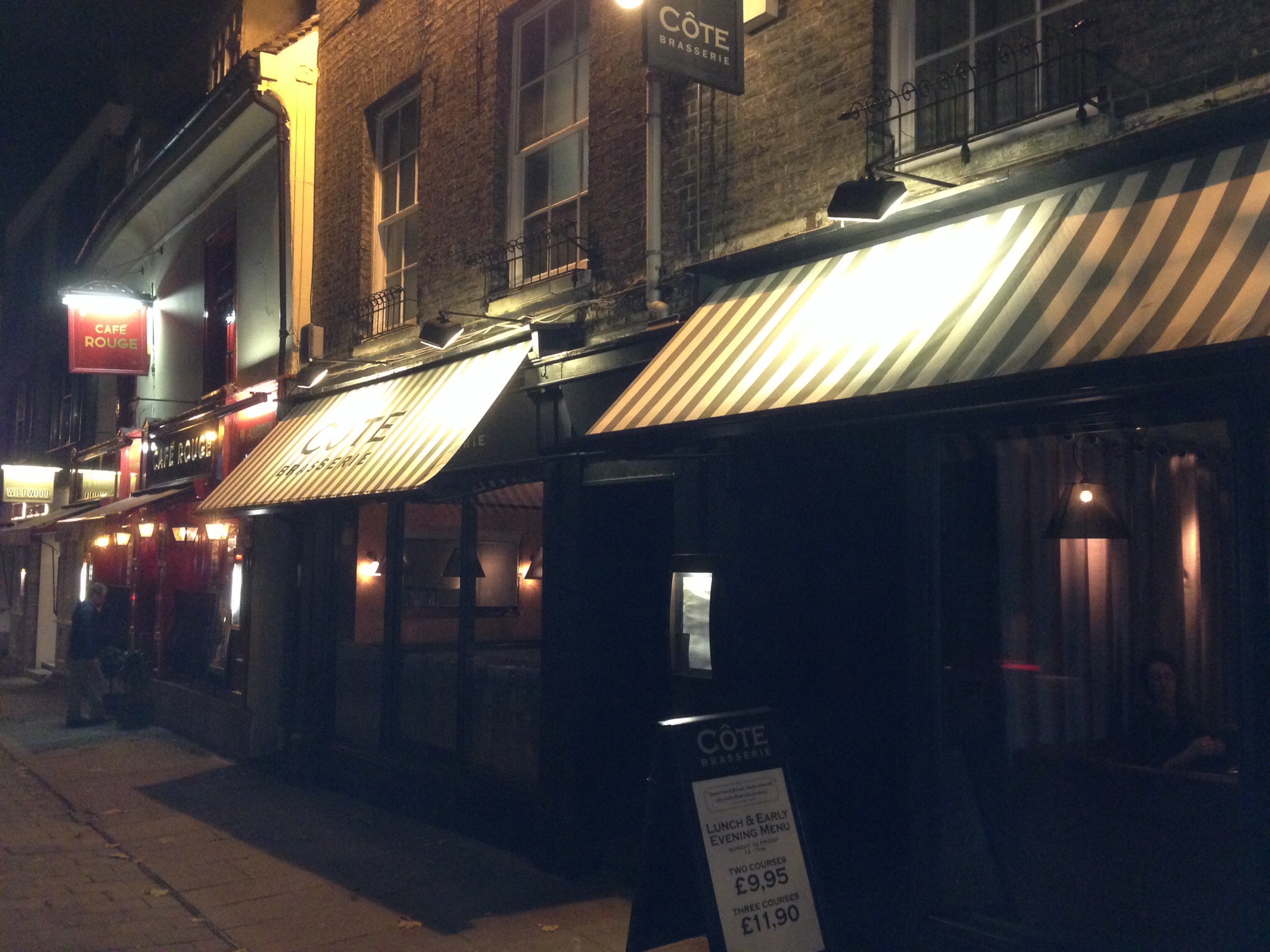 A visit was paid to this French restaurant on a Tuesday evening when it was fairly empty. The service was pretty fast and the food came relatively quickly which was good.  When it arrived, one of our party had to ask for the steak to be re-cooked how it was requested.  The waitress was obliging and apologetic and the steak came back 5 minutes later, however the Bearnaise sauce was frozen and had to be returned too.

Other than this the food was pretty good and the waitress had the cost of the steak deducted from the bill which was a goodwill gesture.  The ‘optional’ service charge was applied by default, however!  Not the best experience but far from the worst.