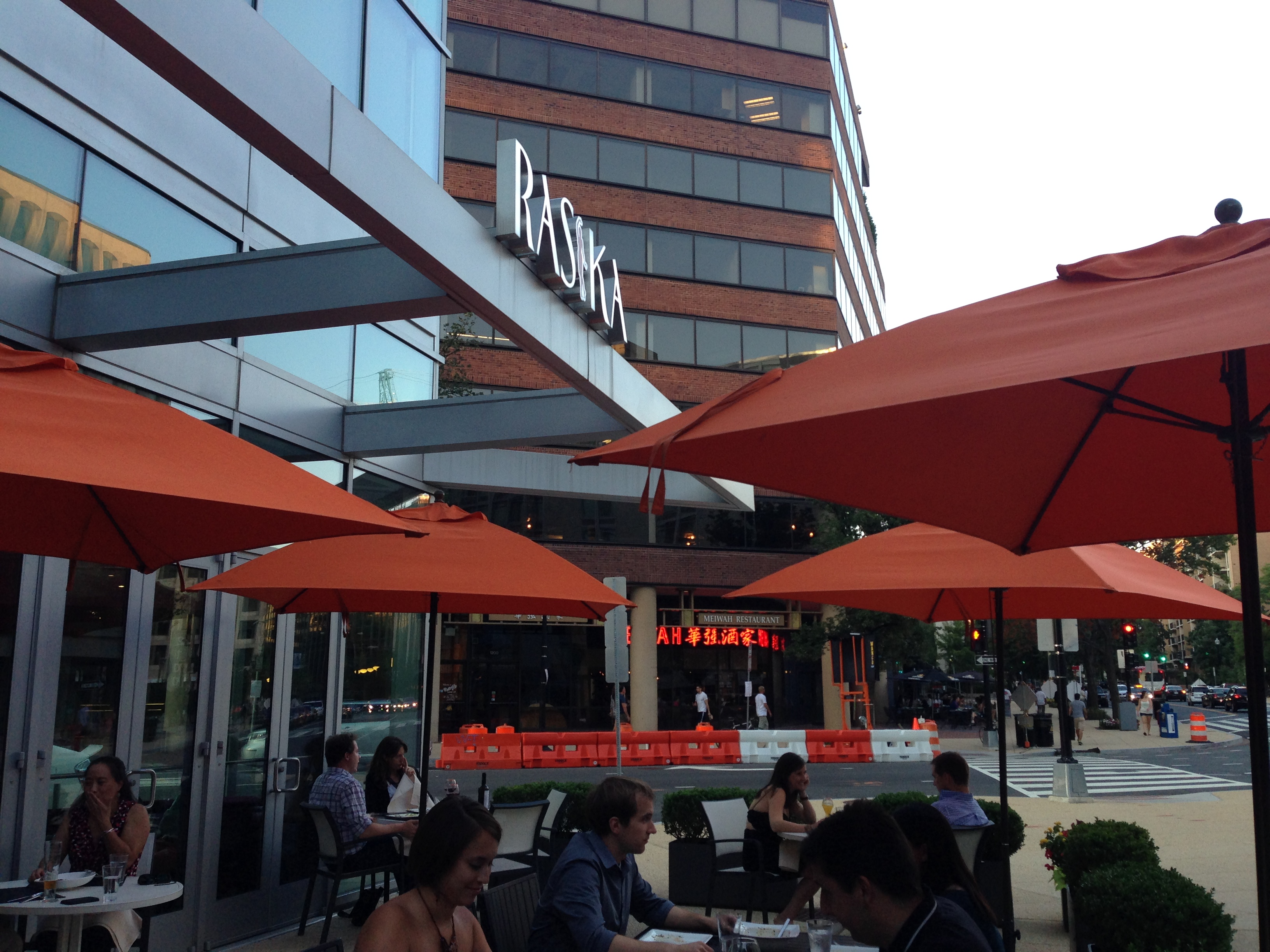 Rasika West End was opened in March 2012 following the success of its sister restaurant, Rasika, which is also in Washington DC.  The proprietor is Ashok Bajaj, a three-time James Beard Foundation nominee for “Restaurateur of the Year”.

The decor inside the restaurant (which also has an outside eating area at the front of the restaurant) is stylish and modern.
In Zagat’s 2014 America’s Top Restaurants survey, Rasika was named among the top 20 restaurants across America. Eating at Rasika West End is a truly gourmet Indian dining experience.