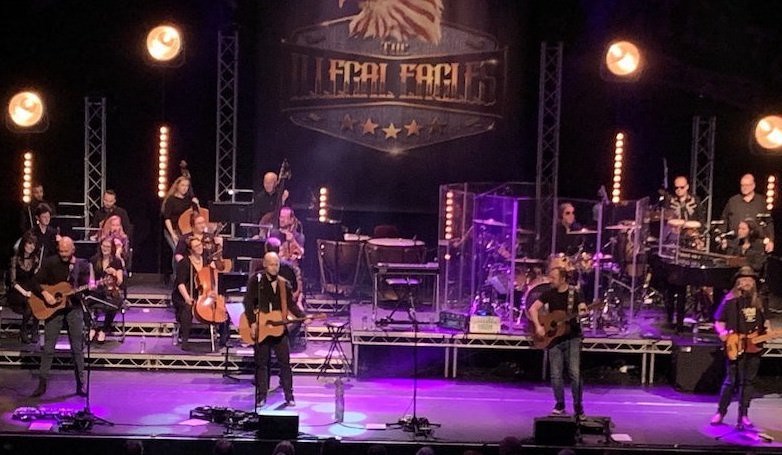 There really are some excellent 1970s and 80s tribute bands around, from the Australian Pink Floyd to Rumours (Fleetwood Mac tribute) producing great concerts around the world.

After seeing The Illegal Eagles in Cambridge recently, this is another one that you simply won’t want to miss if you are an Eagles fan. Here is a taste of what to expect from this fantastic live cover band:

The Eagles had so many hits for such a long time, including as solo artists, there simply isn’t even enough time to fit all of them in one evening. Classics such as Lying Eyes, Life in the Fast Lane, One of These Nights, Desperado, Take it to the Limit and Take it Easy were all performed with incredible authenticity.

And not just the instruments. These guys really have mastered the vocals of the original Eagles members.

The band’s members are British and they clearly love what they do for a living. The Illegal Eagles’ encore was the Eagles’ best-known song, Hotel California – and what a way to finish the evening.